SUMMARY: The Center for Disease Control and Prevention (CDC) estimates that approximately 1-2 per 1000 individuals develop Deep Vein Thrombosis/Pulmonary Embolism (PE) each year in the United States, resulting in 60,000-100,000 deaths. Venous ThromboEmbolism (VTE) is the third leading cause of cardiovascular mortality, after myocardial infarction and stroke.

Approximately 20% of cancer patients develop VTE and the current recommendations are treatment with parenteral Low Molecular Weight Heparin (LMWH) preparations, based on efficacy data. This however can be inconvenient and expensive, leading to premature discontinuation of treatment. Direct Oral Anticoagulant agents have been proven to be as effective as Warfarin, a Vitamin K antagonist, for the treatment of VTE, and are associated with less frequent and less severe bleeding and fewer drug interactions. However, the efficacy and safety of Direct Oral Anticoagulants for the treatment of cancer-associated VTE have not been established. 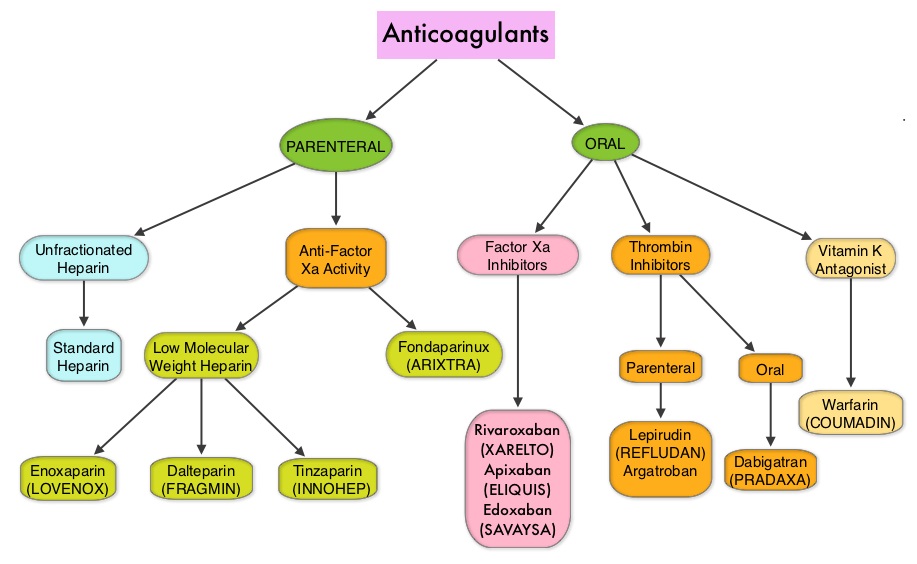 SAVAYSA® (Edoxaban)‎ an oral Factor Xa inhibitor was compared with subcutaneous Low Molecular Weight Heparin FRAGMIN® (Dalteparin), for the treatment of patients with cancer-associated VTE in the Hokusai VTE Cancer trial. This open-label, noninferiority trial randomized 1050 patients in a 1:1 ratio to receive either SAVAYSA® or FRAGMIN®. SAVAYSA® was given after an initial course of physician’s choice of Low Molecular Weight Heparin, given subcutaneously in therapeutic doses, for at least 5 days. SAVAYSA® was administered orally at a fixed dose of 60 mg once daily. FRAGMIN® was given subcutaneously at a dose of 200 IU/kg once daily for 30 days and at a dose of 150 IU/kg once daily thereafter. This treatment was continued for up to 12 months. The median age was 64 years and 90% of the patients had solid tumors and were on various chemotherapy regimens. The primary endpoint was a composite of recurrent VTE or major bleeding during the 12 months after randomization, regardless of treatment duration.

It was noted that SAVAYSA® was noninferior to FRAGMIN® with regards to composite rates of recurrent VTE and bleeding, which occurred in 12.8% of those receiving SAVAYSA® and 13.5% of those receiving FRAGMIN®. The similarity between the two treatment groups met statistical criteria for demonstrating noninferiority for SAVAYSA® (P=0.006). The rate of recurrent VTE was numerically lower with SAVAYSA® compared with FRAGMIN® (7.9% vs 11.3%, HR=0.71; P=0.09). The rate of major bleeding was however significantly higher with SAVAYSA® compared with FRAGMIN® (6.9% vs 4.0%, HR=1.77; P=0.04). This difference was mainly due to higher rate of upper gastrointestinal bleeding with SAVAYSA® in patients with gastrointestinal cancers. The frequency of severe major bleeding (category 3 or 4) however was similar in both treatment groups.

It was concluded that Direct Oral Anticoagulant, SAVAYSA® was noninferior to subcutaneous Low Molecular Weight Heparin, FRAGMIN® with respect to the composite outcome of recurrent Venous ThromboEmbolism or major bleeding. The lower rate of recurrent VTE observed with SAVAYSA® was offset by a similar increase in the risk of major bleeding. Edoxaban for the Treatment of Cancer-Associated Venous Thromboembolism. Raskob GE, Van Es N, Verhamme P, et al. for the Hokusai VTE Cancer Investigators. December 12, 2017DOI: 10.1056/NEJMoa1711948