SUMMARY: The Center for Disease Control and Prevention (CDC) estimates that approximately 1-2 per 1000 individuals develop Deep Vein Thrombosis/Pulmonary Embolism (PE) each year in the United States, resulting in 60,000-100,000 deaths. Venous ThromboEmbolism (VTE) is the third leading cause of cardiovascular mortality. Clinicians are often confronted with the dilemma of using bridge therapy for patients with a history of VTE on Warfarin therapy, requiring invasive diagnostic or surgical procedures. Bridge therapy involves the use of rapid onset, short acting anticoagulant preparation such as Low Molecular Weight Heparin during the peri-procedural period (usually 5-10 days), to minimize the risk of subtherapeutic anticoagulation, during peri-procedure Warfarin withdrawal and reinitiation. Even though published studies have largely reviewed the risk of thrombotic events in patients with atrial fibrillation or mechanical heart valves, the risk for bleeding and VTE, associated with bridge therapy in patients receiving Warfarin for the secondary prevention of VTE, has remained unclear. Presently available guidelines that classify peri-procedural risk of recurrent VTE, off anticoagulant therapy, into high risk , medium risk and low risk, is based on indirect, low quality evidence and is not completely reliable. It is well established however, that anticoagulants stopped during the first four weeks of treatment, following diagnosis of VTE, predisposes an individual to increased risk of recurrent VTE. To clarify the risk/benefits of bridge therapy, the authors conducted a retrospective cohort study, to assess the rates of clinically relevant bleeding and recurrent VTE, among patients in whom Warfarin therapy was interrupted for invasive procedures. They then compared the incidence of peri-procedure bleeding and recurrent VTE when a bridging strategy was used or not used. This study included 1178 patients and the most common indication for Warfarin therapy was DVT (56.3%). Majority of the patients (79%) were considered as low risk (acute VTE more than 12 months previously, with no other risk factors). The primary outcome of the study was clinically relevant bleeding resulting in hospitalization, ER visit or complicating the procedure in the first 30 days following the index procedure. Secondary outcomes included recurrent VTE, and all-cause mortality occurring in up to 30 days, following the index procedure.

It was noted that the 30-day rate of clinically relevant bleeding was significantly higher in the bridging group compared with the control group (2.7% versus 0.2%, HR=17.2; P=0.01). Further, there was no significant difference in the rate of recurrent VTE between the bridge and non-bridge therapy groups. No deaths occurred in either treatment groups. The authors concluded that bridge therapy for invasive procedures in patients receiving Warfarin for secondary VTE prevention, is associated with a significant increase in the incidence of bleeding complications, without any decrease in the rate of recurrent VTE. Warfarin can be safely interrupted in this patient group without bridge therapy. Further research is needed to address the value of bridge therapy in the medium and high risk groups. Bleeding, Recurrent Venous Thromboembolism, and Mortality Risks During Warfarin Interruption for Invasive Procedures. Clark NP, Witt DM, Davies LE, et al. JAMA Intern Med 2015;175:1163-1168. 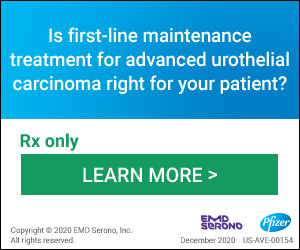 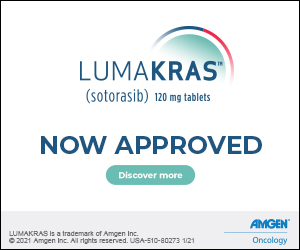