SUMMARY: Prostate cancer is the most common cancer in American men with the exclusion of skin cancer, and 1 in 9 men will be diagnosed with prostate cancer during their lifetime. It is estimated that in the United States, about 191,930 new cases of prostate cancer will be diagnosed in 2020 and 33,330 men will die of the disease. The skeletal system is the most common site for distant metastases among patients with prostate cancer and over 90% of patients with advanced prostate cancer develop bone metastases, which are osteoblastic (or sclerotic), characterized by deposition of new bone. Bone scan is the most common and cost effective modality for the diagnosis of bone metastases and Technetium (Tc) 99m-labeled methylene diphosphonate is the most widely used bone scanning agent. Agents such as ZOMETA® (Zoledronic acid) and XGEVA® (Denosumab) can prevent or delay Skeletal Related Events (SRE’s) and External Beam Radiation Therapy (EBRT) is often utilized to treat symptomatic SRE’s. EBRT can however damage the bone marrow in the radiated field, resulting in cytopenias, and consequently can potentially preclude patients from receiving cytotoxic chemotherapy.

Radium Ra 223 dichloride (XOFIGO®) is a bone seeking alpha particle emitter and by virtue of its chemical similarity to calcium is preferentially taken up by the bone and forms complexes with bone mineral, hydroxyapatite, in areas where there is increased bone turnover, such as bone metastases. XOFIGO® induces double stranded DNA breaks resulting in antitumor effects and has a very short range in tissues (around 2 and 10 cells), quickly losing energy, compared to beta or gamma radiation. The end result is less damage to the adjacent healthy tissues. Further, unlike Ra-226 which was first isolated by Madame Curie, XOFIGO® has a short half life of 11.4 days and rapidly decays, preventing significant radiation exposure.
Strontium-89 (METASTRON®) is a pure beta emitter and imitates the bio-distribution of calcium in vivo, and is avidly taken up into bony metastases where it has a biological half-life of about 50 days. The biological half-life in the normal bone is approximately 14 days. METASTRON® in two Phase III studies significantly reduced the appearance of new painful metastases, analgesic requirements, and serum PSA levels, compared with radiotherapy alone, among patients with metastatic prostate cancer, suggesting that METASTRON® is an effective systemic radiopharmaceutical for the palliation of bony metastases. 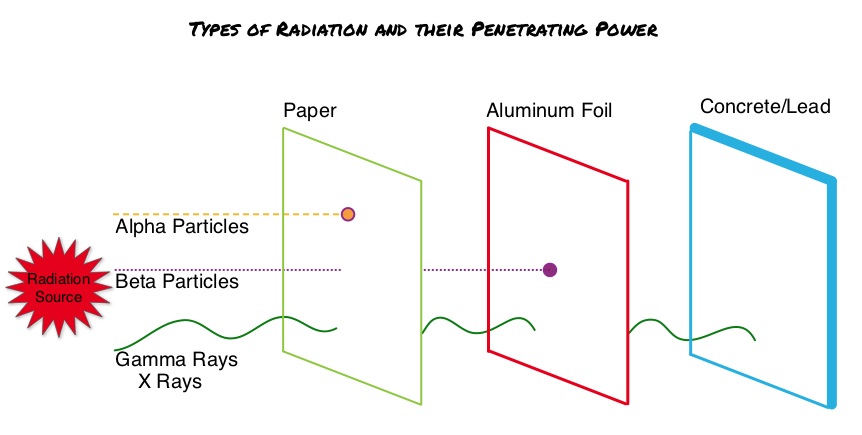 In this publication, the authors assessed the Overall Survival (OS) benefit of both alpha emitting and beta emitting bone-targeted RadioIsotopes (RIs) in men with bone metastases from CRPC (Castrate Resistant Prostate Cancer), treated with bone-targeted RIs, and further compared the effects of alpha emitting RIs with beta emitting RIs. This meta-analysis included Individual Patient Data of 2081 patients with CRPC and bone metastases from 6 randomized clinical trials, conducted between January 1993 and June 2013, and data was collected via PubMed, Cochrane Library, ClinicalTrials.gov, and meeting proceedings. Patients included in this study had histologically proven diagnosis of prostate cancer and disease progression after both, surgical or chemical castration, and have evidence of bone metastasis. The median age of patients was 70 years and the proportion of patients with more than 6 bone metastases ranged from 67% to 86%. The median follow up was 26.7 months. The Primary end point of the study was Overall Survival (OS), and Secondary end points included Symptomatic Skeletal Event (SSE)-Free Survival and adverse events.
This analysis showed that an alpha emitting bone- targeted RI (XOFIGO®) was associated with a significantly higher Overall Survival and higher symptomatic Skeletal Event-Free Survival, whereas a beta emitting RI (METASTRON®) was not associated with these significant outcomes. Treatment with the alpha emitter (XOFIGO®) was associated with a significant 30% decreased risk of death when compared with no radioisotope use, whereas use of the beta emitter (METASTRON®) did not confer a significant survival benefit. Further, treatment with XOFIGO® was associated with a significant 35% decreased risk of symptomatic Skeletal Event-Free Survival, whereas treatment with METASTRON® was not associated with such benefit. In the subgroup analyses, men with the lowest serum PSA values appeared to benefit significantly more with the use of bone-targeted RI therapy compared with those with the highest serum PSA values. Hematological toxicities were more frequently observed in patients treated by RI compared with those treated without RI, and the type of radiation did not result in significant differences.
It was concluded from this meta-analysis that among patients with metastatic CRPC, a significant improvement of Overall Survival and symptomatic Skeletal Event-Free Survival was noted with bone-targeted alpha emitting bone- targeted RI (XOFIGO®), but not beta emitting RIs (METASTRON®). Overall Survival in Men With Bone Metastases From Castration-Resistant Prostate Cancer Treated With Bone-Targeting Radioisotopes: A Meta-analysis of Individual Patient Data From Randomized Clinical Trials. Terrisse S, Karamouza E, Parker CC, et al. for the MORPHEP Collaborative Group. JAMA Oncol. 2020;6:206-216