SUMMARY: Breast cancer is the most common cancer among women in the US and about 1 in 8 women (12%) will develop invasive breast cancer during their lifetime. Approximately, 255,180 new cases of invasive breast cancer will be diagnosed in 2017 and over 41,070 women will die of the disease. Obesity is an important contributing factor to postmenopausal breast cancer incidence and mortality. Based on recently published meta-analysis, in women diagnosed with breast cancer, there is an approximately 30% increased risk of disease recurrence or death in those who are obese compared to those with ideal body weight. Increasing physical activity may lower the risk of breast cancer recurrence. According to the consensus from the St Gallen Consensus Conference in 2015, obesity has been associated with poor breast cancer outcomes. Obesity is associated with alterations in insulin/glucose homeostasis, adipokines, and sex hormones, which may play a role in breast cancer outcomes. Weight loss can lead to reductions in C-reactive protein, insulin, glucose, and leptin. These mediators have all been implicated to have prognostic significance in breast cancer. 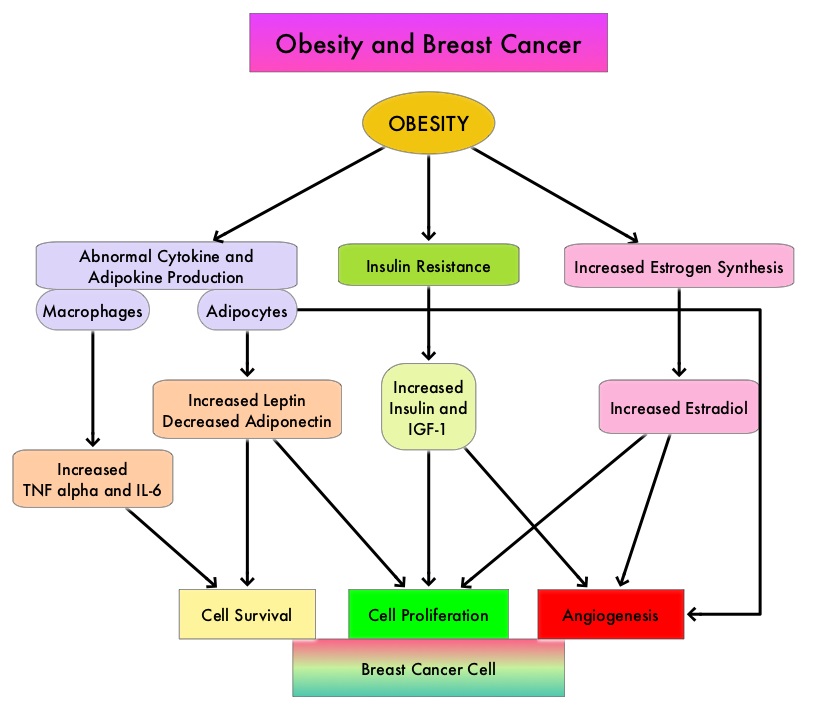 The Nurses’ Health Studies (NHS) are the largest and longest running investigations focused on women’s health. This was established in 1976 and the information provided by its 238,000 dedicated nurse-participants has allowed NHS to produce key advances impacting women’s health. These studies are conducted by researchers at Harvard School of Public Health and Brigham and Women's Hospital in Boston, Massachusetts. The authors conducted a clinical trial in this NHS cohort and studied the effects of weight and weight changes in early adulthood and risk of breast cancer later in life. A prospective observational study was conducted among 74,177 women from the Nurses' Health Study from 1980-2012. These women provided information on breast cancer risk factors such as reproductive factors, hormone therapy, anthropometric variable, benign breast disease, and family history of breast cancer. This information was updated every 2 years up to the time of data analysis. Each individual’s weight at age 18 was collected in 1980.