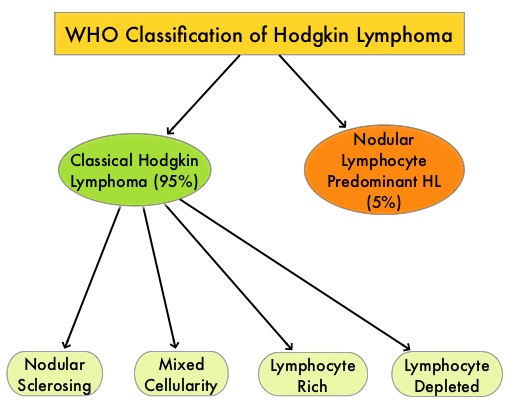 For patients with Hodgkin Lymphoma, the goal of first-line chemotherapy is cure. A positive PET scan following first-line chemotherapy is indicative of incomplete response with residual disease and warrants subsequent chemotherapy or radiation. Advanced stage (stage III to stage IV) Classical Hodgkin lymphoma has a cure rate of approximately 70-80% when treated in the first-line setting with a combination of Doxorubicin, Bleomycin, Vinblastine, and Dacarbazine (ABVD). This regimen which was developed more than 40 years ago is less expensive, easy to administer, is generally well tolerated and is often used in first line setting. Nonetheless, this regimen which contains Bleomycin can cause pulmonary toxicity, the incidence of which is higher in older patients and in those who receive consolidation radiotherapy to the thorax.

ADCETRIS® (Brentuximab vedotin) is an antibody-drug conjugate (ADC) that targets CD30, which is a surface antigen, expressed on Reed-Sternberg cells, in patients with Classical Hodgkin lymphoma. This ADC consists of an anti-CD30 monoclonal antibody linked to MonoMethyl Auristatin E (MMAE), an antimicrotubule agent. Upon binding to the CD30 molecule on the cancer cells, MMAE is released into the cancer cell, resulting in cell death. ADCETRIS® is presently approved by the FDA for the treatment of Classical Hodgkin lymphoma, after failure of Autologous Hematopoietic Stem Cell Transplantation (auto-HSCT) or after failure of at least two prior multi-agent chemotherapy regimens in patients who are not auto-HSCT candidates. It is also approved for Classical Hodgkin lymphoma at high risk of relapse or progression, as auto-HSCT consolidation.

In a previously published phase I study, ADCETRIS® in combination with AVD (A+AVD) resulted in a Complete Response rate of 96% and a 5 year Overall Survival rate of 100%. Based on these finding, ECHELON-1 study was conducted, which is an international, open-label, randomized, multicenter, phase III trial, comparing A+AVD with ABVD, as frontline therapy in patients with stage III or IV Classical Hodgkin lymphoma.

This study included 1334 previously untreated patients with stage III or IV Classical Hodgkin lymphoma, who were randomly assigned in a 1:1 ratio to receive A+AVD (N=664), which consisted of ADCETRIS® 1.2 mg/kg , Doxorubicin 25 mg/m2, Vinblastine 6 mg/m2 and Dacarbazine 375 mg/m2 or ABVD (N=670), which consisted of Doxorubicin 25 mg/m2, Bleomycin 10 units/m2, Vinblastine 6 mg/m2 and Dacarbazine 375 mg/m2, given intravenously, on days 1 and 15 of each 28-day cycle, for up to 6 cycles. The Primary end point was “modified” Progression Free Survival (mPFS), which, in addition to disease progression or death, included less than Complete Response after the completion of frontline chemotherapy, based on independently assessed PET results. PET scan interpretation was based on Deauville score (The Deauville score is a 5-point scale on which higher scores indicate greater uptake of FDG glucose at involved sites on PET). Patients were stratified according to International Prognostic Score (IPS) risk group (low risk vs. intermediate risk vs. high risk). A PET scan was performed at the end of the second cycle of treatment (PET2) and patients were offered alternative frontline therapy at the discretion of the treating physician, for patients with a PET Deauville score of 5. Secondary end points included Overall Survival.

At a median follow up of 24.6 months, the 2 year modified PFS in the A+AVD and ABVD groups were 82.1% and 77.2% respectively ( HR=0.77; P=0.04). All Secondary end points also trended in favor of A+AVD. Further, the benefit of A+AVD was noted across all prespecified subgroups, including those with involvement of more than one extranodal site, patients with a high IPS risk score and stage IV disease. Additionally, a higher proportion of the patients treated with A+AVD had negative PET2 results than those treated with ABVD (89% versus 86%). There was however a higher incidence of neutropenia in the A+AVD group, but this was alleviated with G-CSF prophylaxis. There was a higher incidence of peripheral neuropathy in the A+AVD group as well, and this improved or resolved over time. Pulmonary toxicity was lower in patients receiving A+AVD compared to those receiving ABVD.

The authors concluded that at 2 years, among patients with advanced stage Hodgkin lymphoma, A+AVD had superior efficacy when compared to ABVD, with a lower combined risk of progression, death or incomplete response and subsequent use of anticancer therapy. Brentuximab Vedotin with Chemotherapy for Stage III or IV Hodgkin’s Lymphoma. Connors JM, Jurczak W, Straus DJ, et al., for the ECHELON-1 Study Group. N Engl J Med 2018; 378:331-344